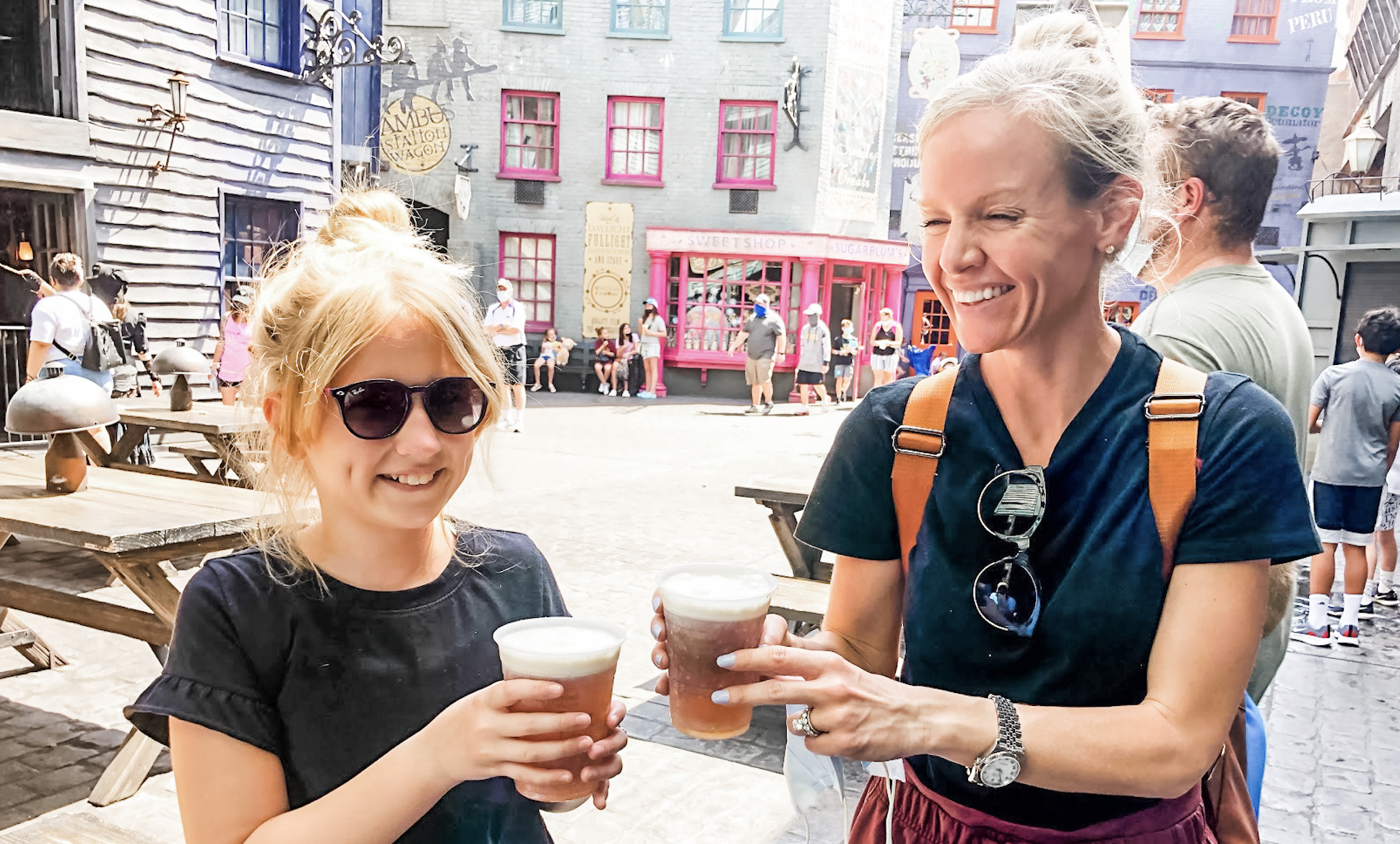 Fresh off our fun-filled experience at Epcot, we set our sights on heading to Universal Studios to take in another theme park during our Orlando Spring Break 2021 trip.

Same rules apply from our Disney post (linked here if you haven’t read it yet)!  Be sure to buy your tickets beforehand. We traveled when Universal Studios was operating at 35% capacity and we purchased our tickets about a month before.  The theme park had reached capacity by 11am (the park opened at 10am that day) so we were certainly thankful we had planned ahead. I would imagine as schools let out for summer vacation preparation will be your best friend because literal NO ONE wants to explain to a child that “tickets are sold out for the day.” 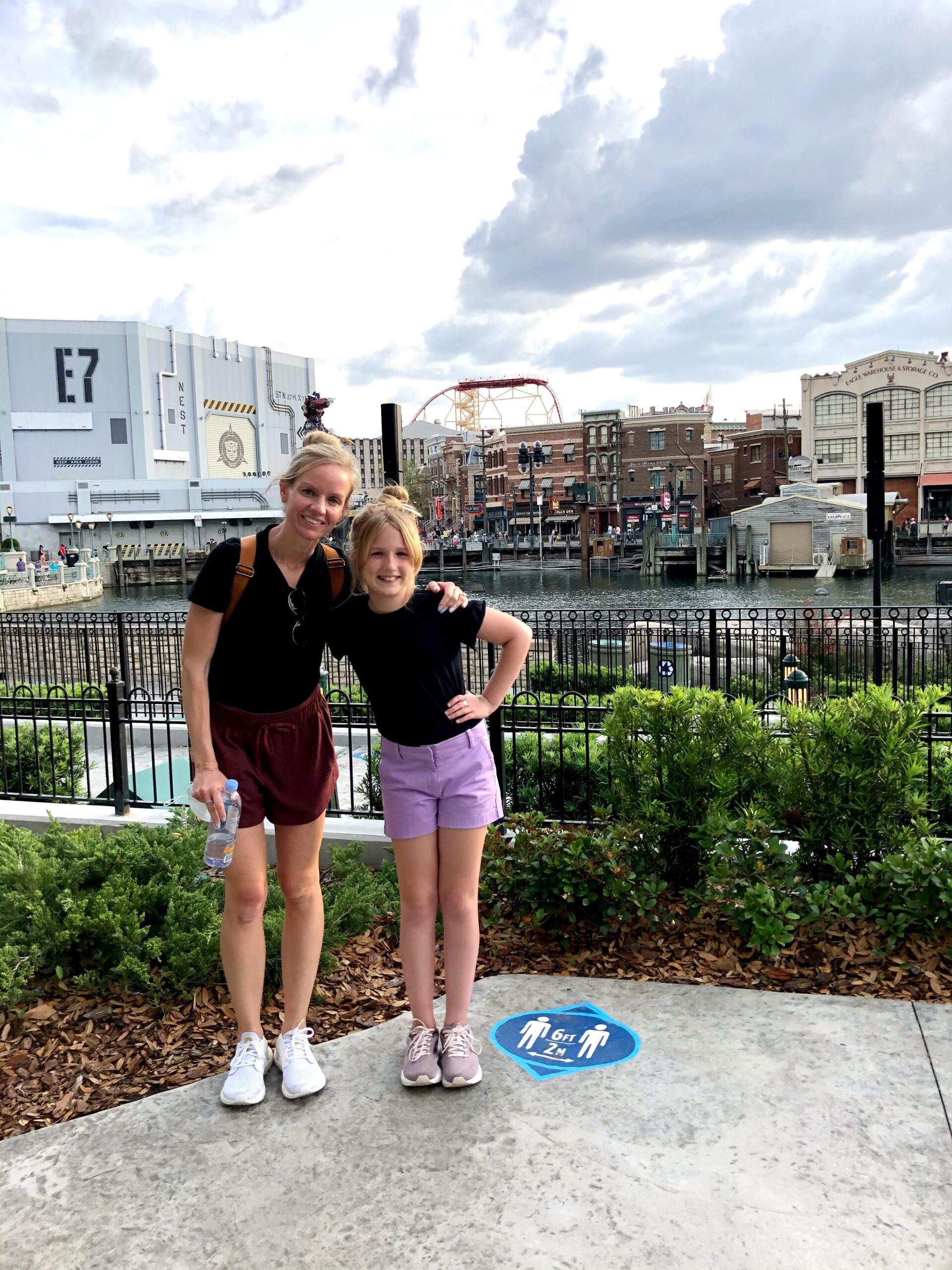 Fast and the Furious 3D

Harry Potter and the Escape from Gringotts 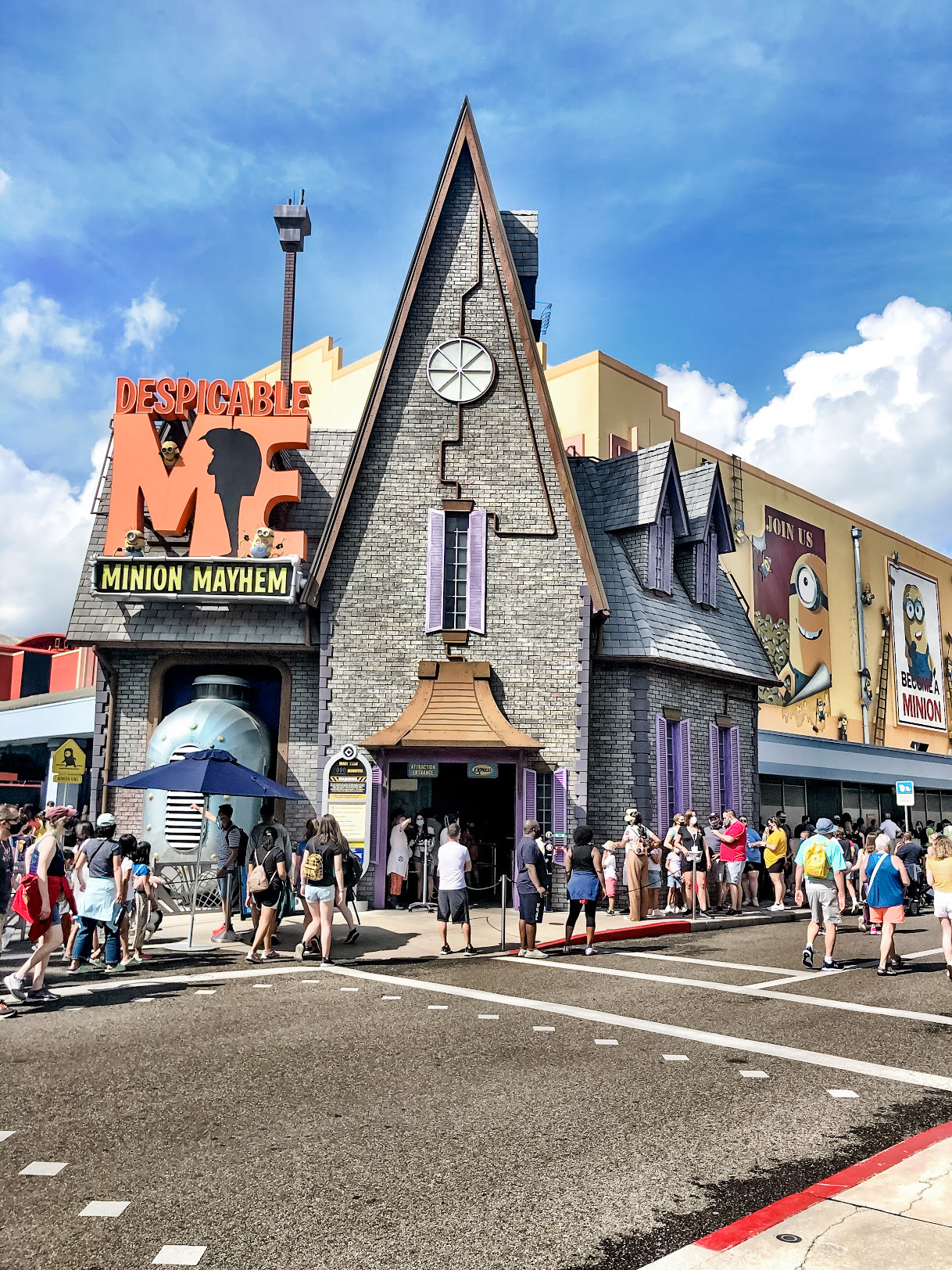 Lines at Universal were much longer than Epcot!  We waited a full 100 minutes for Despicable Me Minion Mayhem!  Other wait times were typically between 45 minutes to an hour (not terrible but it was hot and there was not much shade).  A lot of rides were closed and we were not able to ride them so I am sure that added to wait times for rides that were open!

In terms of social distancing and cleanliness, Universal Studios fell short to Epcot.  The tape and markers to space apart parties were on the ground but most guests did not follow the social distancing requirements and there were no employees to monitor the lines. Masks were required at the time both indoors and outdoors but many visitors wore masks improperly, if at all. It was just drastically different than our Disney experience where cast members skipped along the lines and politely reminded guests to follow protocols. In terms of cleanliness, there were many overflowing trash cans and food on the ground. 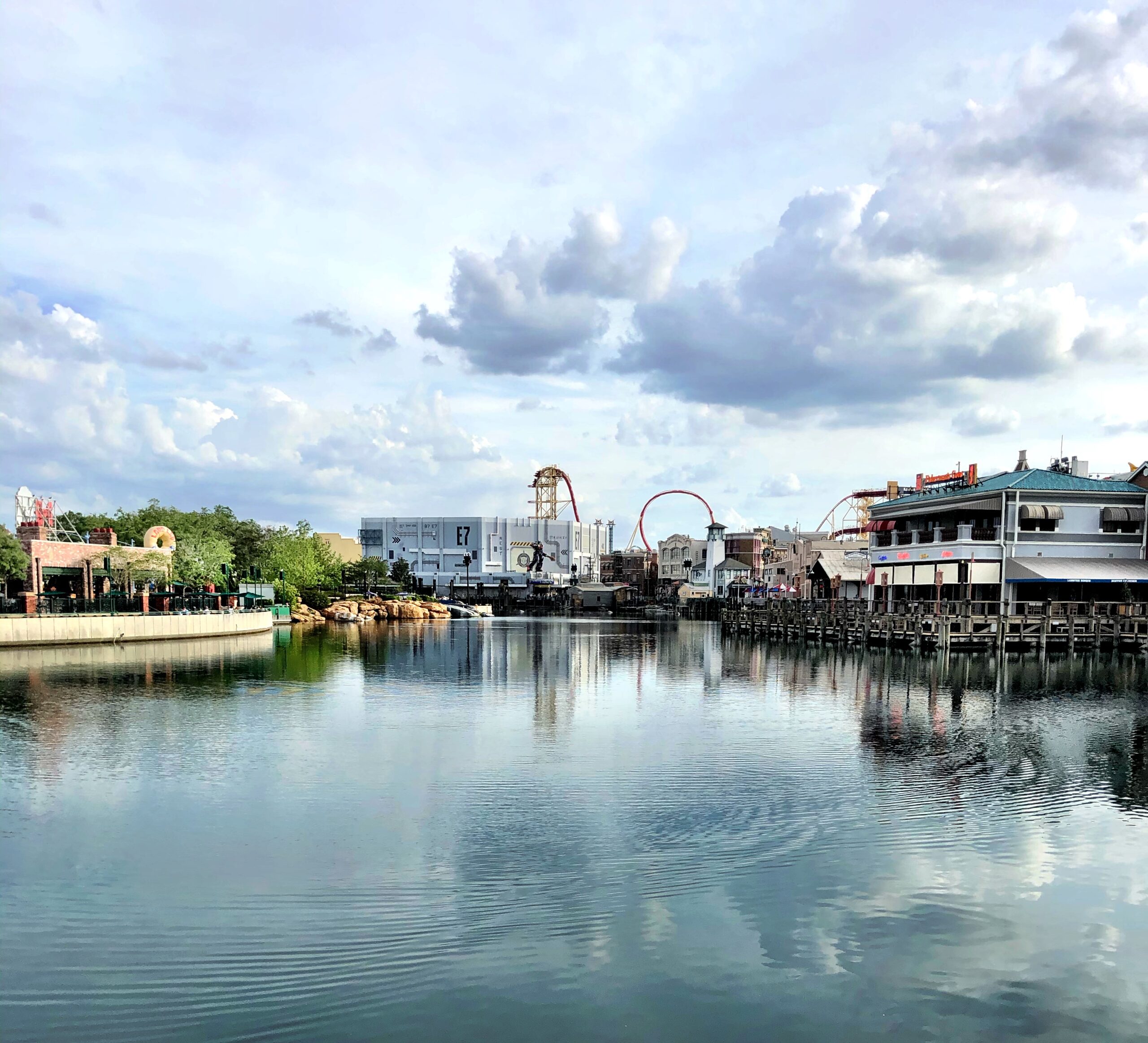 Now onto the positive…OMG. THE WIZARDING WORLD OF HARRY POTTER- DIAGON ALLEY.

We had never been and it is absolutely incredible. You literally feel like you are walking in Harry’s footsteps as you walk through the streets of London and find your way into Diagon Alley. We immediately stopped for a Butter Beer (delicious) and quickly moved to Ollivanders Wand Shop for our daughter to select her wand. We spent hours rushing around the streets looking for the markers on the ground where our daughter practiced her “wizarding.”  We were in awe of the magic that happened at each stop.

The best ride we went on all day was Harry Potter and the Escape from Gringotts. It was an entire immersive EXPERIENCE.  Putting it into words would never do it justice…trust us…it is that AWESOME!

Overall, we had an enjoyable day at Universal Studios and would return! 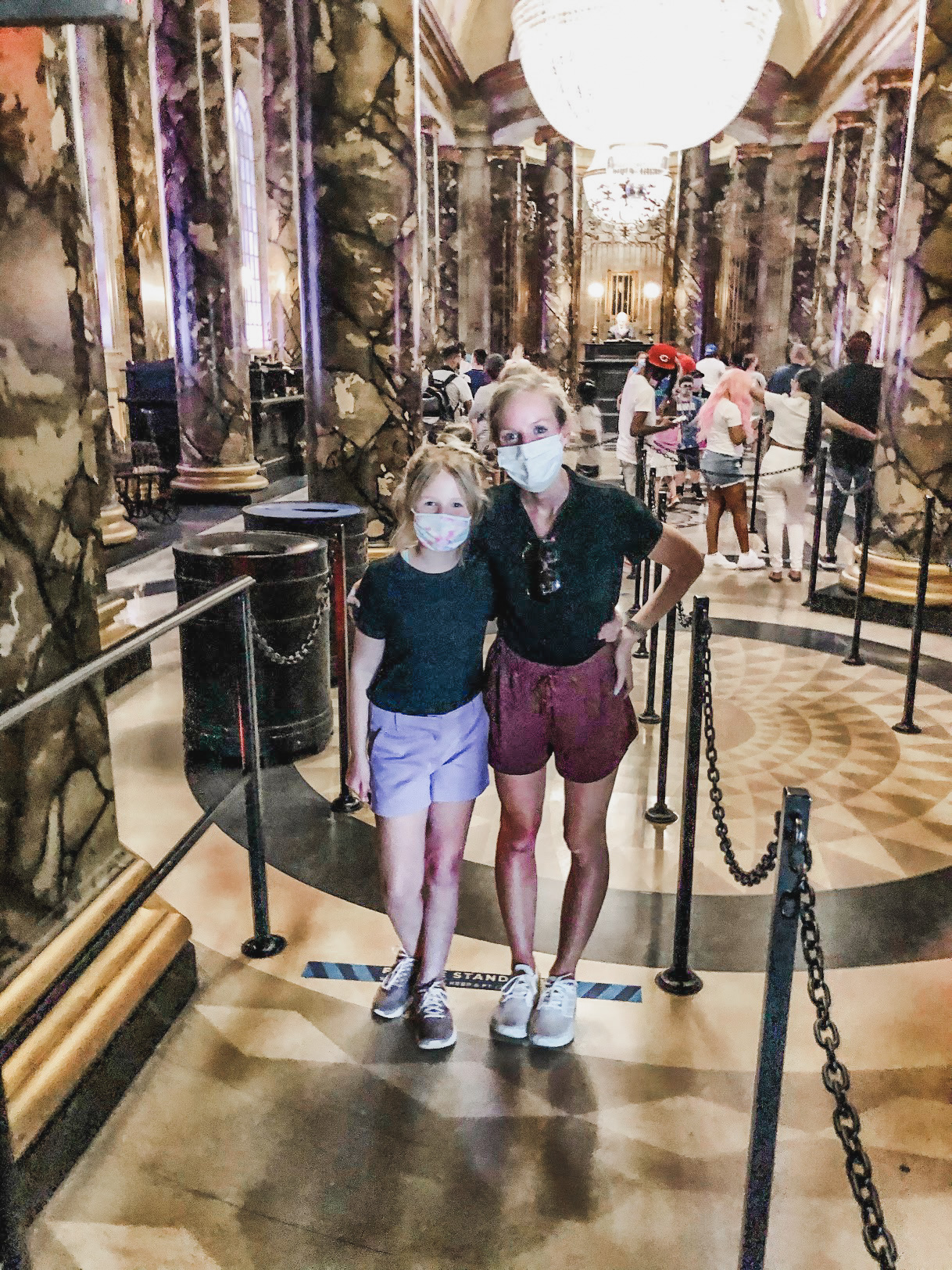 A few things to be mindful about:

1.) If you want to experience ALL Harry Potter has to offer, be sure to spring for the Park 2 Park pass (it adds about $55 to the ticket price) BUT you won’t be able to board the Hogwart’s Express without it (we learned this the hard way after waiting in line and not being able to ride)! 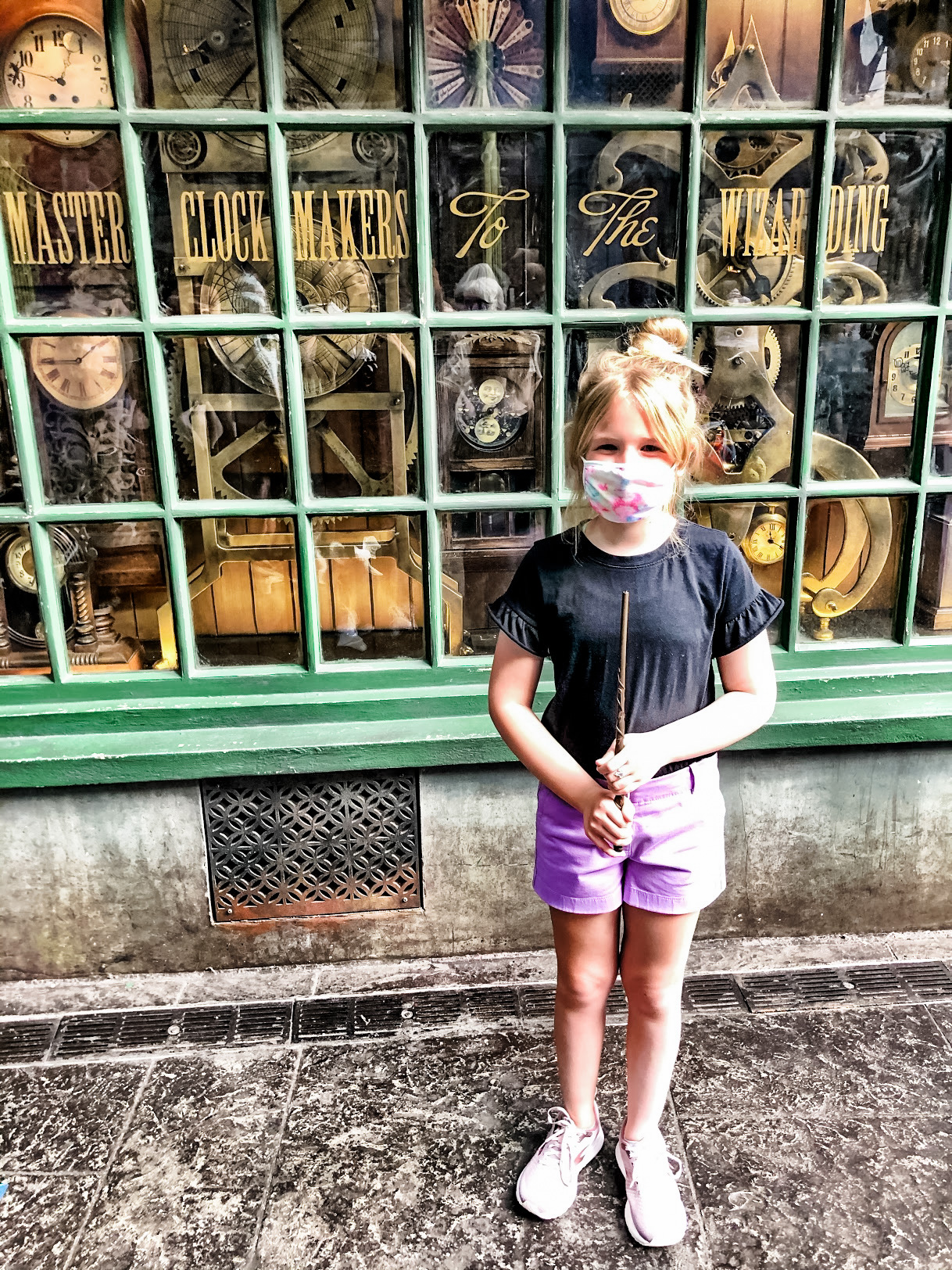 2.) Be prepared to spend money on lockers for your belongings. Universal has some strict riding policies about bags being permitted on their attractions.  Small lockers are free but if you have a larger bag (anything bigger than a wallet or belt bag) you will be required to rent a locker.

3.) Universal Studios does offer a Universal Express Unlimited Pass but that would have brought our one day ticket price to just shy of $200 per ticket so we decided to not spring for that upgrade.  It might be worth it though when the park opens up to full capacity! 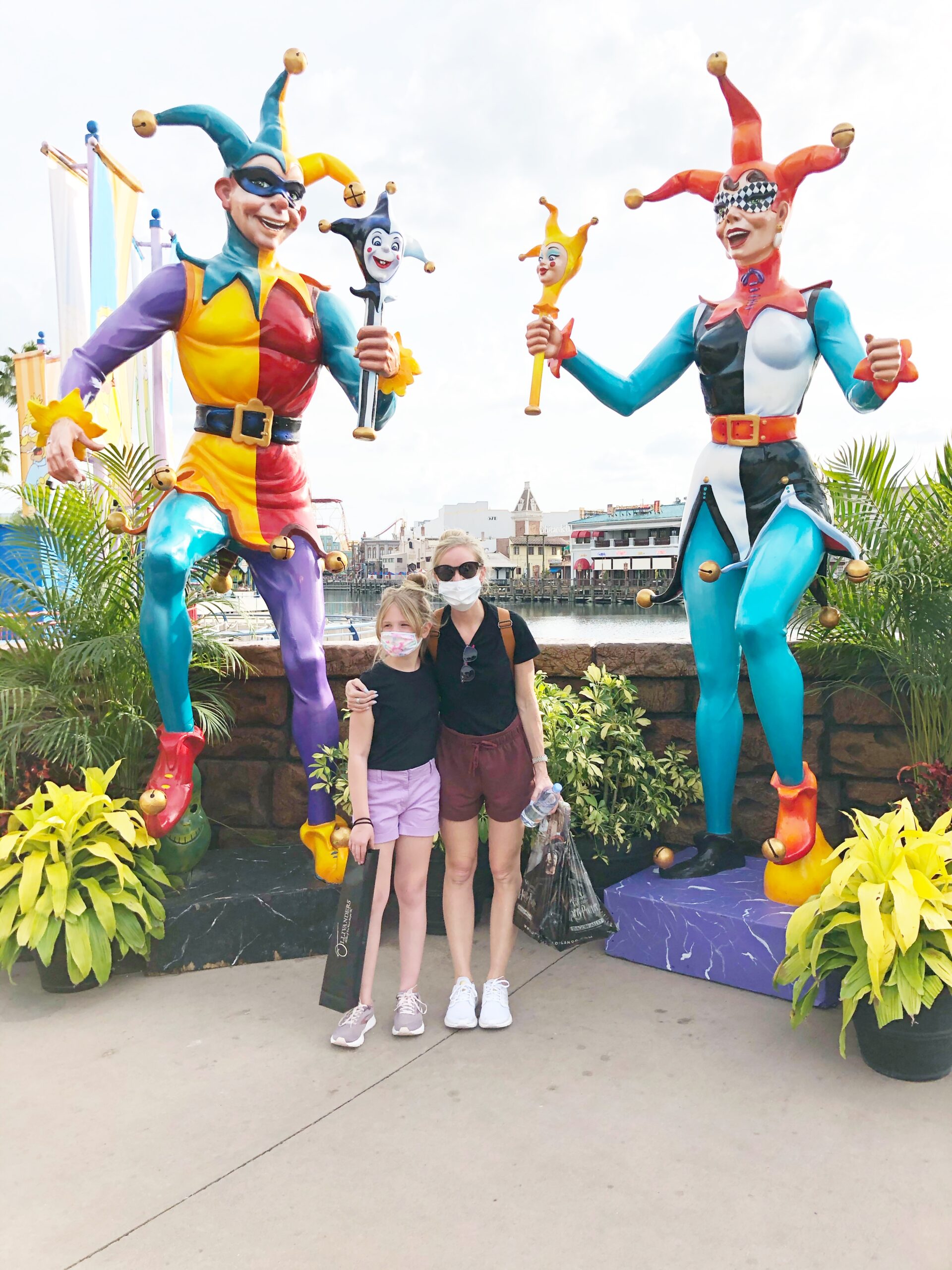 The views at Swallow Falls were simply stunning! W

Italy is always a good idea 🍋

Date night in Positano. 🍋 Some great capsule it

Things to do in Positano⁠ Whether you’re in Po

When life gives you lemons, head on over to Posita

It’s still warm, but the nights are getting a li

Today is the last in our series about gorgeous Por

Senior Writer @rasalovestravel has visited over 25

When we first bought our boat, we realized very qu

Did you see the start of our Mother Daughter Trip

Making memories with my daughter and husband are m

We LOVE Chicago! ⁠ Where we Stayed:⁠ The Gwen

Chicago is a city like no other! Read more about w

Just wanted to share a way to dress down this supe

Begin typing your search above and press return to search. Press Esc to cancel.